Unless you have been living under a rock for the past three months you will be aware that something major is going on in the market for Crypto-Currencies.

The prices for various Cryptos have skyrocketed over the course of 2017. The reasons for the rise are however very unclear. Many suspect that the market is in the midst of an unprecedented bubble which will crash spectacularly.

Should this happen the technology underpinning many of these currencies such as ‘Blockchain’, may suffer damage to its reputation and many of the innovations which are contained within some of the coins which are currently being traded may be lost. Anything connected to these Cryptos could become tainted.

This would be a great shame as some of the coins, especially Monero are very innovative and offer a major advance on Bitcoin, itself revolutionary before it got caught up in the current speculative mania. 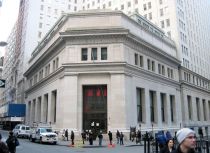 Monero uses a public ledger to record transactions with new coins  created through a process called mining, just like Bitcoin. However Monero  improves on existing Crypto design as it hides the identity of the sender, recipient and transaction amount.

With Bitcoin increasingly vulnerable to analysis which can identify the sender and recipient these advances from Monero are arriving at an opportune time.

Whilst such advances obviously offer the opportunity to use Monero for less than ethical purposes, it does offer the original libertarian support base for Bitcoin a much stronger and robust alternative.

How do I buy Monero

If your based in Ireland and want to buy Monero you will have to go to one of the International exchanges first. At present the biggest are Coinbase, Kraken, Poloniex and possibly ANX Pro.

Monero is very difficult to buy with Euro directly. If you wish to buy it you could:

There are a number of ways to store Monero once you have bought it. You can leave it on the exchange or transfer it to one of the wallets available online.

Once you have it the price can be monitored on one of the price aggregator sites which collate prices from across various exchanges.

The use value of this coin should see it weather the potentially turbulent times ahead for the worlds Cryptos.

5 thoughts on “How to buy Monero in Ireland”

View all posts by celticcrypto